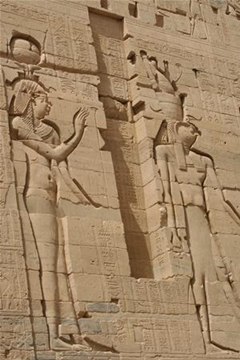 Revealed! The secret to learning a language quickly. It's a little known technique diplomats and royalty have used for centuries. I lucked up on it by analyzing how I could quickly boost my language and workforce marketability. You get it here by design.

The secret to learning any language quickly is to circumscribe your learning to the most common words and phrases. Look at an unabridged English dictionary. It should contain roughly 300,000 words. Most people when considering learning a new language falsely believe they have to learn all 300,000 words in the respective language they want to study. Not true. Think about it-most English speakers don't use even one tenth of the words in the English language. Rather, less than 0.8% of the 300,000 words, or only 2500 words, is required to learn a language well enough to speak conversationally.  Simply combine these words into everyday phrases and once learned, you too can check the appropriate box on your job application for "other languages you speak fluently".

How to choose a language. Choose your language keeping in mind the ease in which the new language converts to the native language, the number of speakers worldwide or actual amount of daily use you'll get. In this tutorial we will use English to Spanish as the example.

Make or purchase 3x5 flash cards. Separate the flash cards into categories at first, i.e. foods (can be further separated into vegetables, fruits, beverages or breakfast, lunch, dinner), clothing, accessories, and so on. With the Spanish flash cards you can also buy a Spanish textbook with audio pronunciation CD's that many high schools' and colleges' use.  This is an easy to use textbook with about 3,500 common word translations at the back of the book.

When reviewing the flashcards it is important to say the word in your native language then in the prescribed language. For example, "Milk is...leche", "strawberry is fresa". This type of repetition makes it easier to recall words when needed. Review the flashcards one by one. 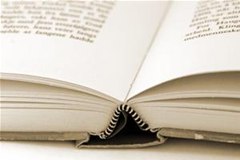 Start with categories you feel most comfortable learning;they'll be easier for you to remember. Choose ten, twenty or thirty cards or whatever amount feels right for you to learn over a one to two week period. Scan the cards in the category you choose reading over both the native word and translated word once or twice.  Then with your native word facing you try to remember the translated word. When making an error keep going through the process. Do this until you get about ninety-five percent correct before moving onto the next category.  Additionally, flash cards that you continually get wrong can be removed and studied in-depth. Then the cards should be replaced back in the original pile and reviewed with all the cards again.

Follow the above procedure with the next category.  After learning that category, incorporate the first and second categories. Then practice translating all the words. You should aim for a ninety-five percent rate for correct translations again.  The purpose of aiming for a ninety-five percent correct rate is so words are not over-learned. When over-learning occurs words originally committed to memory can actually be "forgotten" causing a negative learning curve. Remember...with Spanish the definite article has to be remembered too. It is the equivalent of the English word for "the".  The definite articles in Spanish are el, la, los, and las. When learning the translations you MUST remember the definite article for the words where specified. If you need more practice, put all the cards you are working with together, and just shoot for the definite article. For example say, "el invierno" (winter season), "la primavera" (spring season), "los libros" (the books), and "las ventanas" (the windows) here you're focusing on the definite article without worrying about the English equivalent.

NOTE; Shuffle the cards when you feel you know the translations. Test how well you really remember the Spanish equivalent. Also, don't forget to reverse and practice the Spanish to English translation. 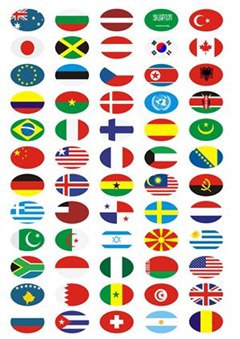 Practice from 10 minutes to a half hour or more per session. Practice four to six days a week for quick results.

Each Spanish verb has conjugations that are the equivalent of the English way of saying "I am eating", "I ate", "I am going to eat" so on and so forth. There are only 6 endings that attach to the verbs respective to the subject albeit: I, you, he/she, we, you (plural) or they. Depending on the ending of the verb: "ar", "er" or "ir" this determines the ending that is replaced on the root of the word, which is also called the infinitive. Don't worry-conjugations are not difficult. There is a set formula that is easy to learn. Just place the proper ending on the infinitve according to the subject (person) you are talking about. There are but few exceptions to this rule. That is no different than in English. Simply learn the present, past and future tenses now and just like with Spanish to English speakers, you'll learn the rest conversationally as you talk to others!

Make or purchase flash cards with the most used conversational phrases. Study the phrases in the same manner as the flash cards. Also concentrate on the audio CD's that feature phrases and sentences.

Make Your Language A Part of Your Life.

From the first day use words you have learned right away. Substitute learned words for words from your native tongue as much as possible.  Saying the words out loud is best.  For example, "I drank my milk this morning", can be, "I drank my leche (milk) this morning."  The next time perhaps you'll be able to say, "Bebo (I drank) mi (my) leche (milk) this morning". As your vocabulary builds and you learn phrases you'll be able to substitute whole sentences with phrases. Remember to say your sentence in your native language first then in the prescribed language second. Practice everyday because this will lead to the best success.

No one obtains fluency by learning a language first, replete with no errors, and then begins conversing with others all of a sudden. The conversational basics are learned first. Then with use and practice bugs are worked out. That is what conversational language learning is all about. It is the secret formula used by multi-lingual speakers the world over, Kings and Queens and even by the FBI. So, be confident in learning and speaking your new language! Adios.

Want to master Microsoft Excel and take your work-from-home job prospects to the next level? Jump-start your career with our Premium A-to-Z Microsoft Excel Training Bundle from the new Gadget Hacks Shop and get lifetime access to more than 40 hours of Basic to Advanced instruction on functions, formula, tools, and more.

Other worthwhile deals to check out:

Join the Next Reality AR Community

Get the latest in AR — delivered straight to your inbox.